SINTEF is one of the largest independent research organisation in Europe. It is a broadly based, multidisciplinary research institute that possesses international top-level expertise and laboratories in technology, medicine and the social sciences.  SINTEF employs 2,000 staff, from 75 different countries. 56 % of researchers hold doctorates (Phd-degrees).

SINTEF is an independent, non-commercial organisation. The profits of contract research projects are invested in new research, scientific equipment and competence development. Since 2007, SINTEF has invested NOK 1.3 billion (Euro 120 million) in laboratories and scientific equipment.

SINTEF operates in partnership with the Norwegian University of Science and Technology (NTNU) in Trondheim, and collaborates with the University of Oslo and other universities and research institutes worldwide.

SINTEF also acts as an incubator for technology transfer and new companies. The last ten years we were involved in the commercialisation of more than eighty different SINTEF technologies, through licensing agreements and the establishment of new companies. In 2015, our tech transfer office SINTEF TTO was named investor of the year in Norway. 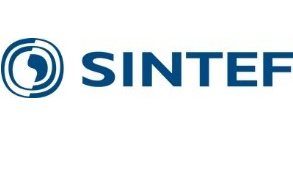