The OGS geophysical-drilling testing site (PITOP) was set up with the purpose of providing a framework facility for studying and testing geophysical methods, technologies and borehole/surface tools in realistic conditions (Fig. 1).

Located in the foothills of Eastern Alps, 110 km NW from OGS headquarters in Trieste, this facility mainly consists of a scaled-down version of a drilling yard in which four wells were drilled in Quaternary alluvial sediments lying on Miocene conglomerates.

Auxiliary seismic sources and sensors (including permanent ground force sensors at shallow depth) are available both on the surface and downhole. The test site is also instrumented with permanent downhole (150 m well) and surface seismometers for natural seismicity monitoring.

Well instrumented by an array of 3C borehole geophones cemented outside the casing between 40 and 240 m depth, usable for multi-offset VSP and cross-well measurements.

Vibrators and other seismic sources

To be considered in particular with percussive-action drilling. It is envisaged that this offered drilling monitoring technology can be potentially and advantageously used and refined in conjunction with other active and/or passive borehole monitoring methods and technologies, and includes the following tools (Fig. 5):

Lubricator tool for use of tools in wells with over pressures at well head (max 10 bar). Portable, after site specific adaption for installation. 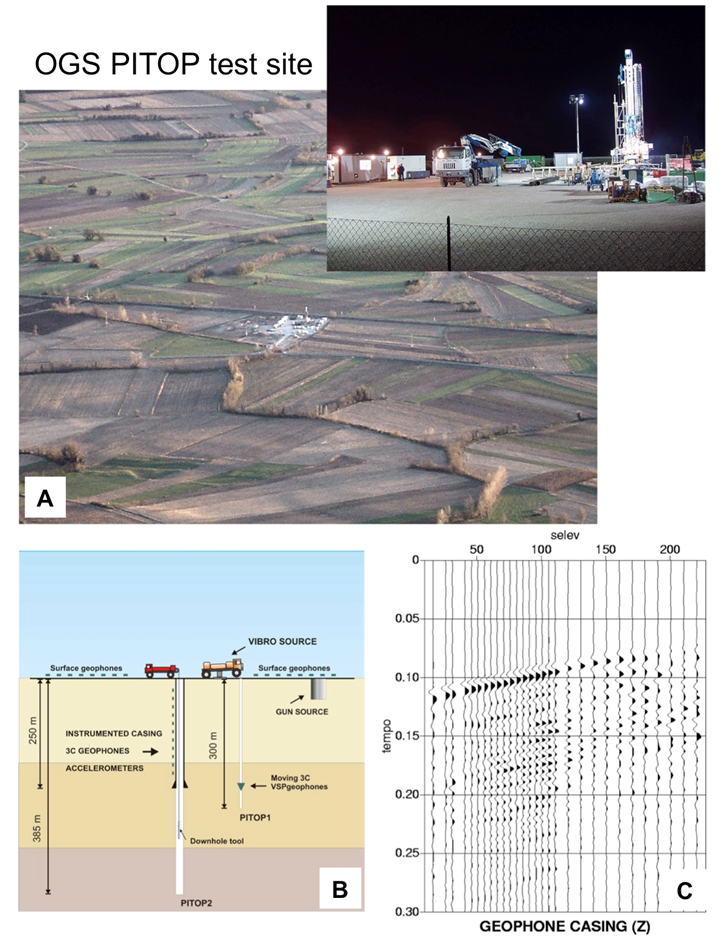 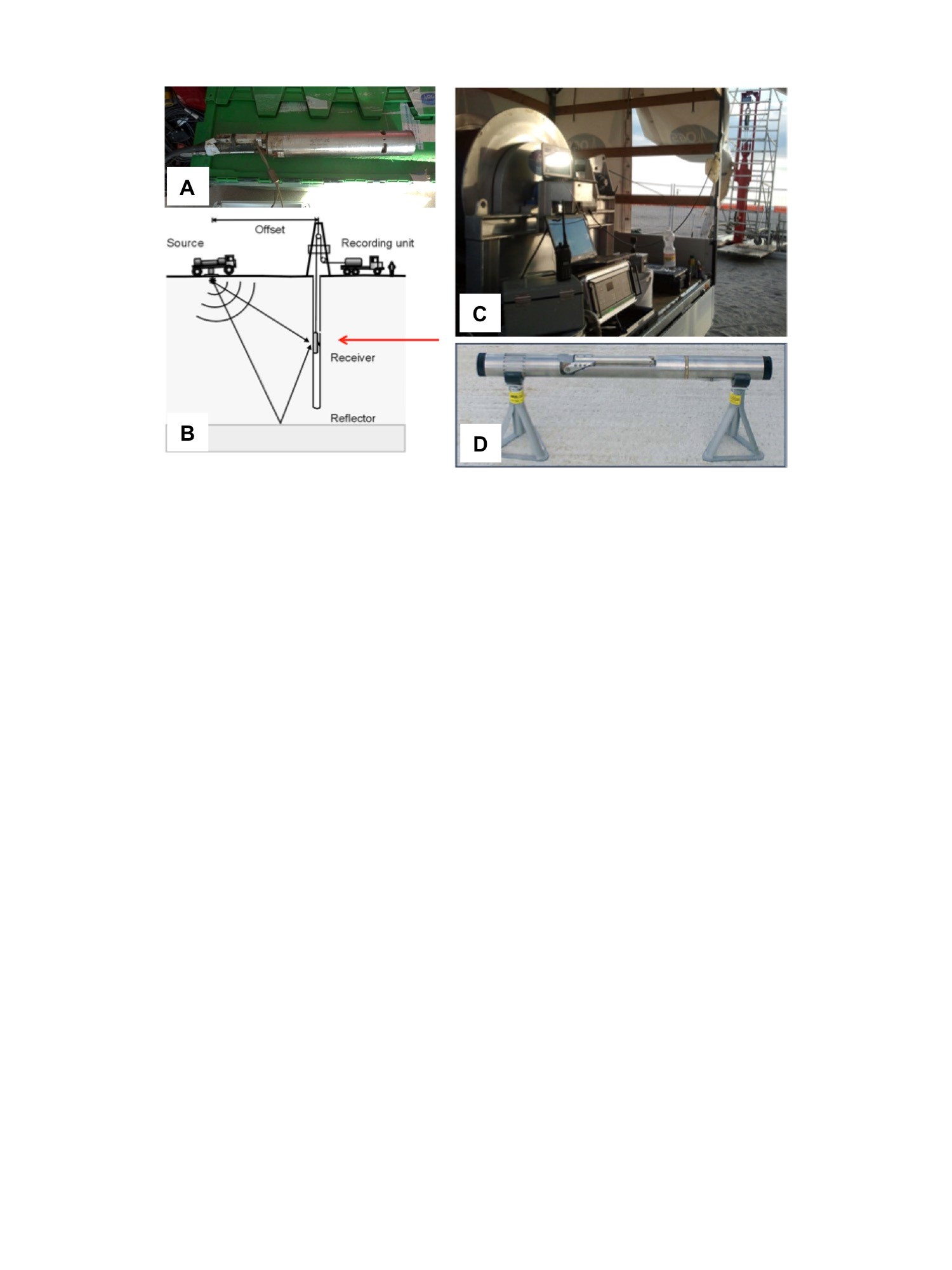 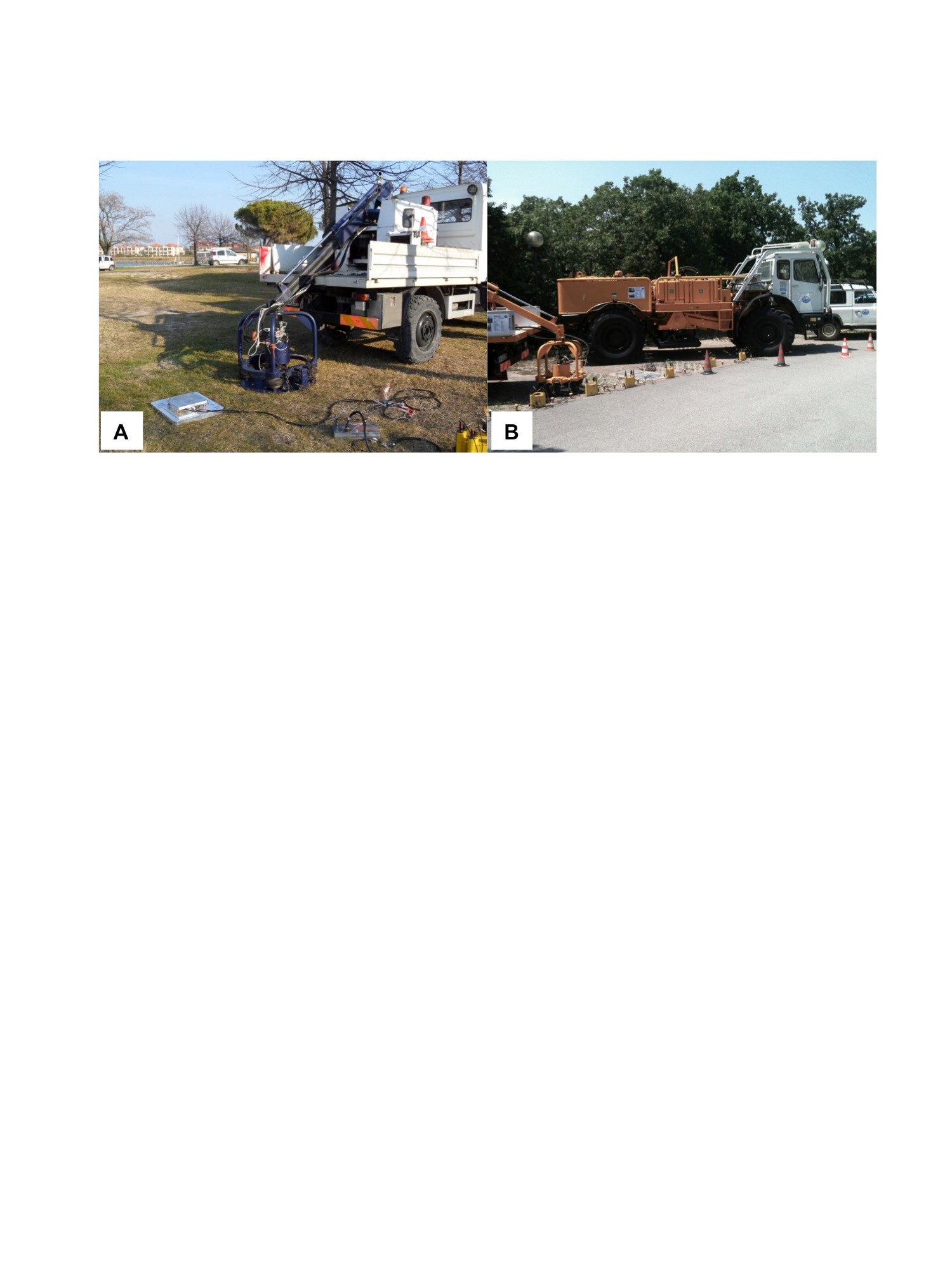 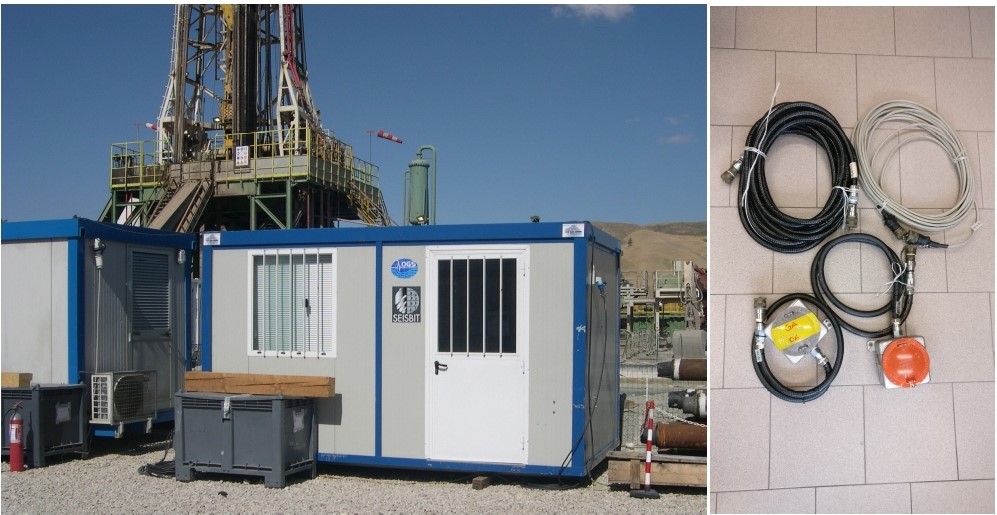 The site has the unique characteristic to be drillable, to realize tests useful to improve monitoring well technologies, and usable at the same time for geophysical and instrumental monitoring, also with easy access to the surrounding area.

OGS has used and can potentially uses this test site in cooperation with research institutes and/or industry in the framework of specific projects.

Borehole and recording instrumentation used for the purposes of the ENOS (Onshore CCS in Europe) and Geothermal acquisition projects were preliminarily tested at PITOP site.